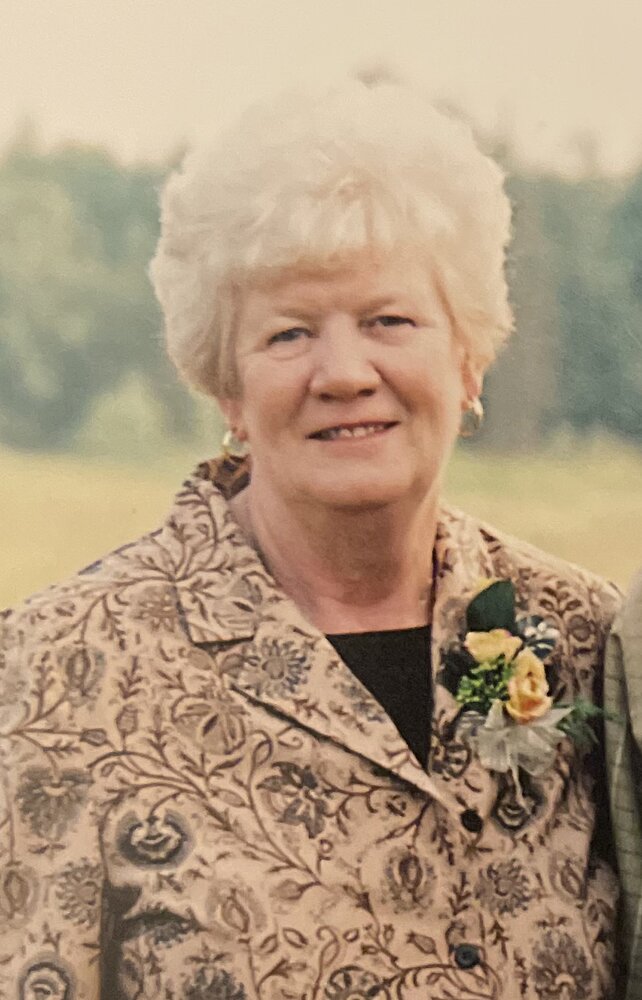 It is with deep sadness that we announce the passing of Sadie on October 29 in Shawville Hospital, surrounded by family after a courageous battle with cancer, in her 83rd year.  Born in Weirstead, Quebec, daughter of the late Henry and Audrey Smiley.  In 1956 Sadie went over the mountain to Bristol to  marry her true soulmate, Lindy Gilpin, enjoying 65 wonderful years together.  There they raised three children, loving mother of Bonnie (Chuck McColgan), Barry and Susie (John Kelly).

Early on, Sadie worked in the health care field, later working side-by-side with Lindy on the family dairy farm, while still finding time to develop quite a knack for spoiling three grandchildren;  Jack (Vanessa), MacKenzie (Stephen) and Shane (Alley).   Her focus will now be walking alongside and watching over her very first great grandchild Bennett Kelly.

Sadie enjoyed belonging to the UCW, considering every member a sister who she loved dearly.  Sadie’s infectious smile and calming nature will live on forever by those who were fortunate enough to have known her.

She is survived by her sisters Embyle (late Roger West) and Marjorie (late Norman Mullen).  Predeceased by brother Harland Smiley (Dorothy).  Sister-in-law of Cyril Gilpin (Brenda) and predeceased by Gilbert (Grace) and Mae (late Neldow Trudeau).  Sadie was a loving aunt who will be missed by her many nieces and nephews.

Special thanks to the nursing staff in the Palliative Care Unit at the Shawville Hospital.  In memoriam donations may be made to the Pontiac Community Hospital Foundation-Oncology Ward.  A Celebration of Life will be held at a later date.

Share Your Memory of
Sadie
Upload Your Memory View All Memories
Be the first to upload a memory!
Share A Memory