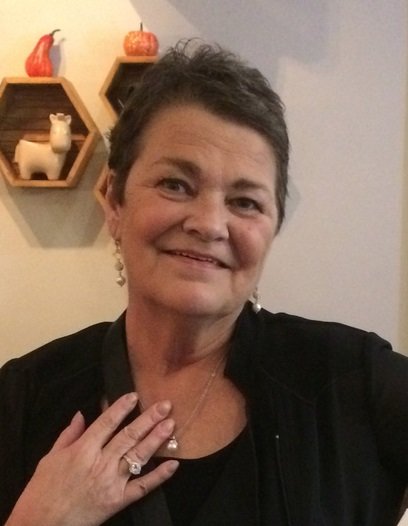 On July 7th, 2019, at the age of 64, Catherine McMunn-Assaf died peacefully in her sleep surrounded by family at the Shawville Pontiac Hospital.

Cathy will be missed by her husband Elie (with whom she separated many years before but remained great friends and co-parents to their children), daughter Taryn, son Adrian, son in law Ehden, sister Joanne (Jim), brother Neil (Helen), and many nieces and nephews.  She is predeaced by her brother John and sister in law Muriel, sadly missed by Marie.

The daughter of Edna and Albert McMunn, Cathy was born in Pontiac County on October 25, 1955. She attended Pontiac high school, then moved to Ottawa as a young woman. As a young woman, Cathy traveled the world, spending time in India, Afghanistan and Thailand, among other countries. Her family loved the many stories Cathy shared from that time in her life, and it inspired her children to travel for many years as young adults as well.

Cathy worked in various professions throughout her life, and had many hobbies, including painting. She was inspired by the world around her, which often ended up in her art. She married her husband Elie in 1987 in Ottawa where her two children, Taryn and Adrian, were born in 1988 and 1990, respectively. She always kept people smiling with her quick wit and sense of humor.

Cathy moved back to Shawville several years ago where she enjoyed the remaining years of her life. She was diagnosed with breast cancer in 2016, and then lung cancer in 2017. She never let a day go by without giving thanks for being alive, and fought her disease until her last breath. Her fighting spirit is what kept her going, it is how she lived.

As per her wishes, there will be no funeral. Please consider donating to cancer research in lieu of flowers or cards to the family.

Share Your Memory of
Catherine
Upload Your Memory View All Memories
Be the first to upload a memory!