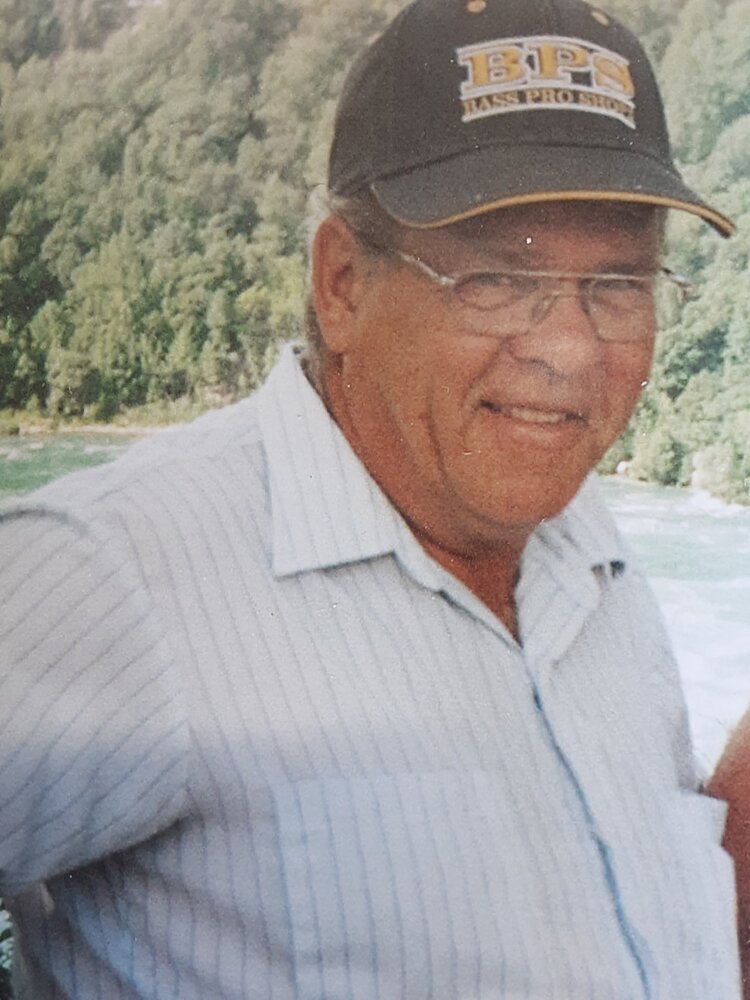 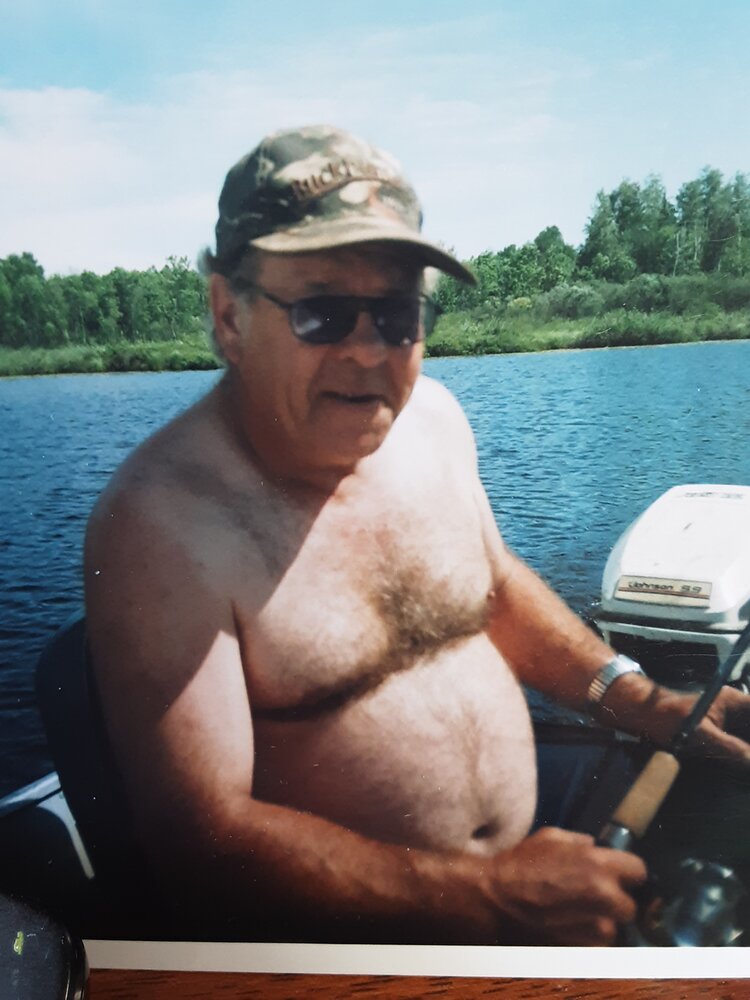 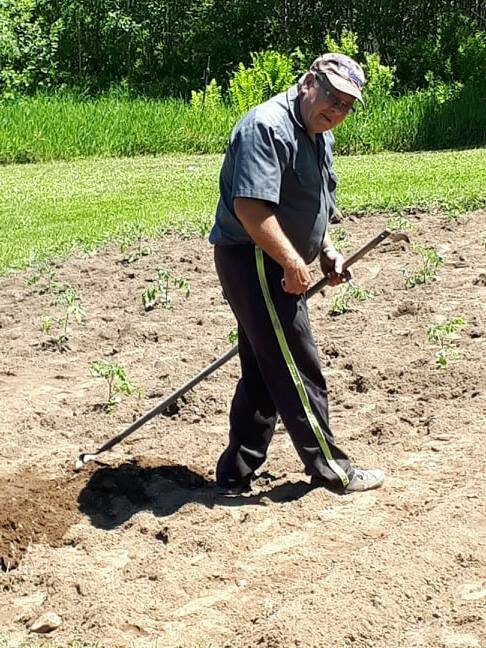 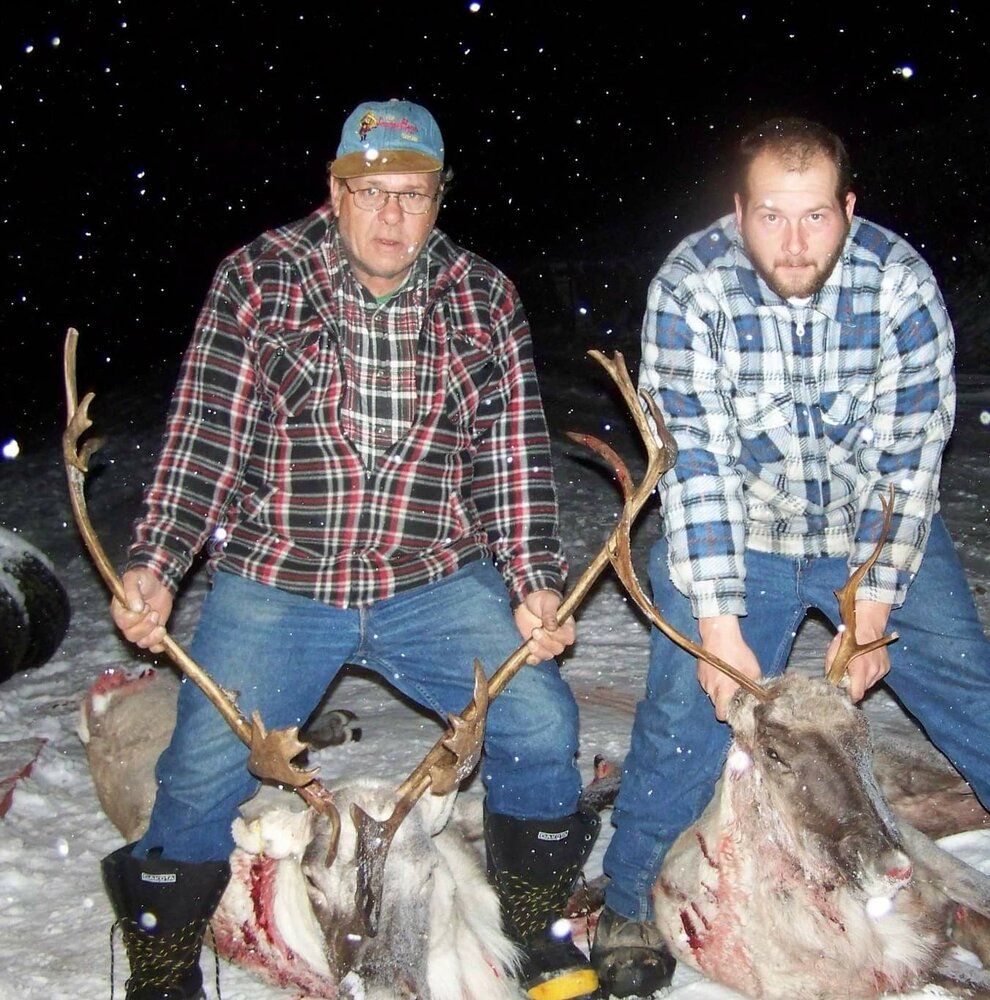 Where to begin!  His home and family were his world.  He shared 49 wonderful years with his beloved wife, Suzanne Beaudoin Milford at his side.  They were married October 26, 1973.

In the early years of being married, Dad became a mechanic, did body work and painted cars.  People would congratulate him for the wonderful job he had done.  But, after a while, he realized that cold cement floors, with long unknown hours with a wife and child at home, he could not be where he wanted to be.  His path in life soon changed.

Now, Dad worked as a lumberjack for many years of his life.  He loved the smell of the trees and the freshly churned ground.  Along the skid way, deer would come and eat the tender boughs removed from the trees.  While having lunch, Dad would sit and admire the deer, and enjoy the company of a chipmunk, sitting on his boot, sharing his sandwiches.  During that time of being a lumberjack, Dad would go to many winter carnivals, where he would race chainsaws.  He also raced the crosscut saw, buck saw and in the tea boiling contest. Most days, he came home with most of the first place winnings!  During this time, he mentored several men on the knowledge, tricks and unwritten rules of the sport he so loved.

After the many years of grueling bush work, Dad’s body whispered to him that it was time for a new chapter.  Dad had had a shed built by some friends of his and began working on chainsaws.  Many people came to see him with their "broken saws."  It was funny to see sometimes.  Dad would take a screw driver, turn this, adjust that, check oil and gas, and start the saw in front of the person! People would stand back and say, "What did you do?  I've had that thing at two other mechanics!”  Dad would say, "Well I guess they weren't much of a mechanic then, were they?"  Then give his little grin!

Especially during the long evening hours of winter, Dad would spend his time in the basement, making axe handles by hand.  He would say, "Those store bought handles are no damn good!"  Dad had many hidden talents.

I guess Dad is like every other person around, aside of his wonderful talents.  He was a meat and potatoes, fresh yellow beans and green onions from the garden in summer kind of man.  Every year Dad would plant two gardens.  One huge garden of vegetables and the other, a big patch of potatoes.  My sister and I never left after visiting in the summer without enough vegetables to do us at least two weeks!  He had an undeniable green thumb.  With all the hard work Dad and Mom have done all throughout our lives, there was never a time when we were ever hungry, or needed anything.  Such wonderful parents, leaning on one another and loving each other more each day.

Dad loved to hunt and fish.  He once went North with a group of friends to caribou hunt.  His son Karl went with him.  For years the two would sit and still talk about the trip, the cold, the snow white Ptarmigan, and the thousands of caribou in front of them!  Of course the antlers that they came home with were just the icing on the cake!

As Dad became sick, he never complained.  He was so strong.  Up until about two months before he passed, Dad was outside splitting stove wood, riding on the four wheeler and working in his shed.  His last month with us, mom gave him nonstop care, did her best to make foods that he liked or could eat.  He was in so much pain by the end that he was sleeping sitting up.  He had fallen and broken a rib, lying down hurt too much he said.

I have never seen a man so strong.   Battling cancer, Dad always said he was going to leave his way.  He left quickly, he left with pride and.......he left us all his love!

Share Your Memory of
Myles
Upload Your Memory View All Memories
Be the first to upload a memory!
Share A Memory