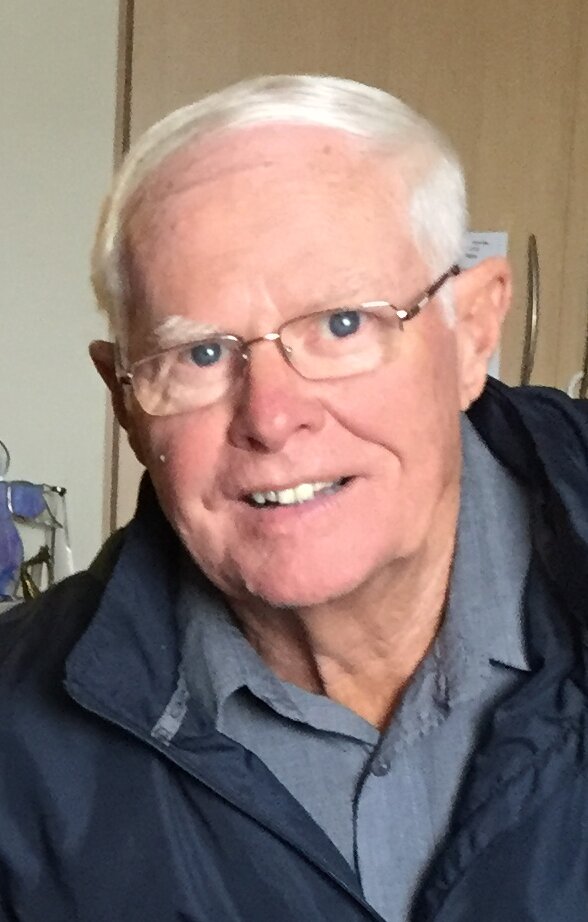 Passed away peacefully with Marlene by his side, on Monday October 11th 2021 at Renfrew Victoria Hospital after a 12 year courageous battle against Parkinson’s disease at the age of 75.

Joseph was a lifetime resident of Campbell’s Bay, Quebec and was an integral part of the community’s business profile.  His father, Joseph Sr, started Pontiac Bus Lines in 1941, and in 1986 Joseph and his brother Bill purchased the company from their father.  The brothers grew the business to a cross-border school bus company (now Lasalle Bus Lines and Renfrew County Bus Lines) with over 400 buses, ran the Ottawa to Fort-Coulonge highway coach route, and offered charter services.  Bill was the “business” side, Joseph was the people and equipment side, the perfect complement for business partners. Along with his main passion of the bus business, Joseph opened Baie Pontiac Buick in 1979, invested in numerous real estate properties, successfully owned and trained standardbred racehorses, and helped raise funds and support for many community projects in Campbell’s Bay.

Joseph (along with Odel Hearty) and Bill (with Pat Ralston) raised their families side-by-side as well.  They provided each of their children with the support and basic business principles to succeed in life.  Joseph’s biggest life lesson was in being a good and humble part of a community.  Relationships were important, and maintaining pride in your actions was the rule. He was mild and fun-loving by nature, but had the true Irish determination in seeing things done the way he felt was right… he made decisions with his heart, and was always right.

The drive Joseph had for working hard every day, was the fuel for his love of travel, and good times with friends and family.  He always had a wish list trip planned, and equally enjoyed camping solo in a purple van in Newfoundland, travelling the Rocky Mountaineer in high style, or floating down the Amazon on a riverboat.  He cherished lunches in the city, meeting his son Pete by a job site, beach walks and beers on a Daytona pier with his daughter Jennifer, and  check-in coffees with his son Shawn.  He attended as many horse shows and baseball games as he could fit in for his grandkids living in London, often driving in for the day then making a stop at a festival or site he heard about on the way home, just to fit more into the adventure.  He loved his winters in Daytona Beach, and his summers on the pontoon boat on the Ottawa River. He was the eternal host, ready for any chance to host a party.

In 1999, Joseph chose a new partner, Marlene Baird, to be by side for the next chapter of his life, and in 2006, the bus business was sold.  Joseph and Marlene shared incredible adventures on international tours, local boat trips with close friends, and hosted any and all family and friends at the Daytona Beach house.  Joseph’s door was always open, and Marlene was the best person to be by his side for his last minute whims to travel.  Marlene’s family; Tyler, Adel, Analyvia, Jax, Kristin, Terry, Avery, Macie, Kayla, Keith, Clay, Mila, became a a big part of their home in Campbell’s Bay, and they spent many trips and backyard bbqs together.

Along with so many great friends and extended family, Joseph will be deeply missed by Marlene, his children Jennifer, Shawn and Peter (Rebecca Tjepkema), his grandchildren Abbey, Will, Joe, and Wesley, and his siblings Mary (Jim Barry), Bill, Patrick (Marion Horner), and Virginia (Tony McCormack).

Funeral Mass will be celebrated on Friday, October 15, 2021 in St. John the Evangelist Church, Campbell’s Bay, Quebec at 10 a.m.  Interment parish cemetery.  A reception will follow in  the Forest Inn, 380 Hwy 148, Bryson, Quebec at 12 p.m.  Donations to the Renfrew Victoria Hospital, Renfrew, Ontario would be appreciated.

Share Your Memory of
Joseph
Upload Your Memory View All Memories
Be the first to upload a memory!
Share A Memory