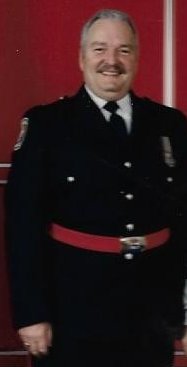 It is with much sadness that we announce the sudden passing in Renfrew Victoria Hospital of our father on Monday, December 7th 2020. Beloved son of the late Dave and Maye Davies of Shawville, Quebec. He leaves to mourn his loss are his children; Tracey, Kelly (Jody), Russell (Christine) and Shannon (Quinton), his 8 grandchildren and 2 great grandchildren, his former wife Catherine, his brother Terry (Muriel) and sisters; Shirley (Wally), Karen (Amable) and Sharon along with many cousins and friends. Glyn is predeceased by his brothers; Darrell (late Jean Davies) and Bill (late Aline St-Aubin Davies).

Glyn was a constable with the Ottawa Police Service for 30 plus years and was proud of his achievement as a Handgun Instructor for a number of those years. Glyn was happy instructing gun safety and won numerous target shooting awards. He was also a longtime dedicated member of the Hazeldean lodge 517.

Friends may call at the Tubman Funeral Homes – Garden Chapel, 3440 Richmond Road, Nepean (between Bayshore and Baseline Road), Ontario on Friday, September 24, 2021 from 7 to 9 p.m., due to the current COVID restrictions, pre-registration is required and can be made by calling (613) 722-6559 and Saturday, September 25 at the Hayes Funeral Home, 134 Centre Street, Shawville, Quebec from 9 to 11 a.m. followed by a graveside service that will at the Austin Cemetery, Sand Bay, Quebec at 12:30 p.m.

Share Your Memory of
Glyndwr "Glyn"
Upload Your Memory View All Memories
Be the first to upload a memory!
Share A Memory