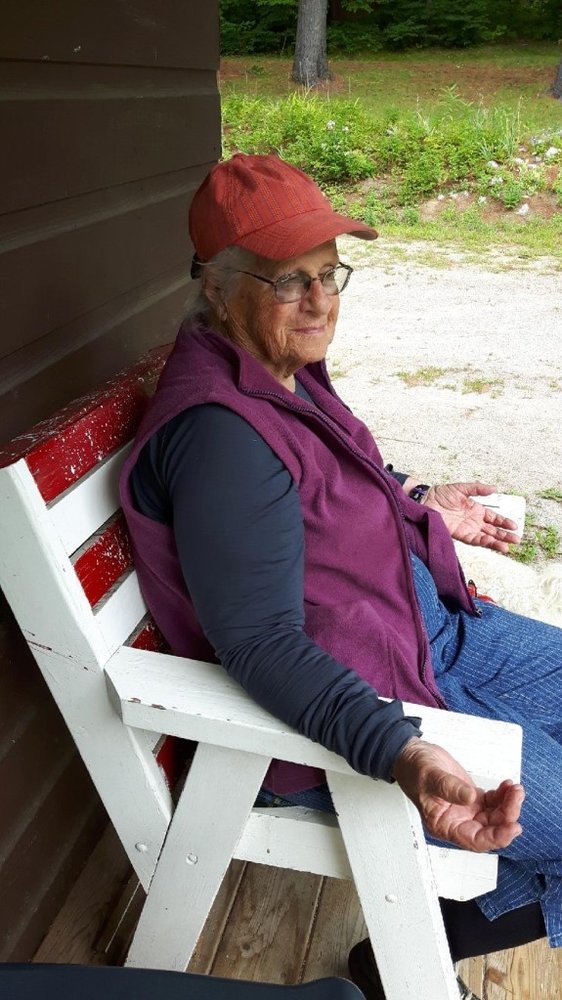 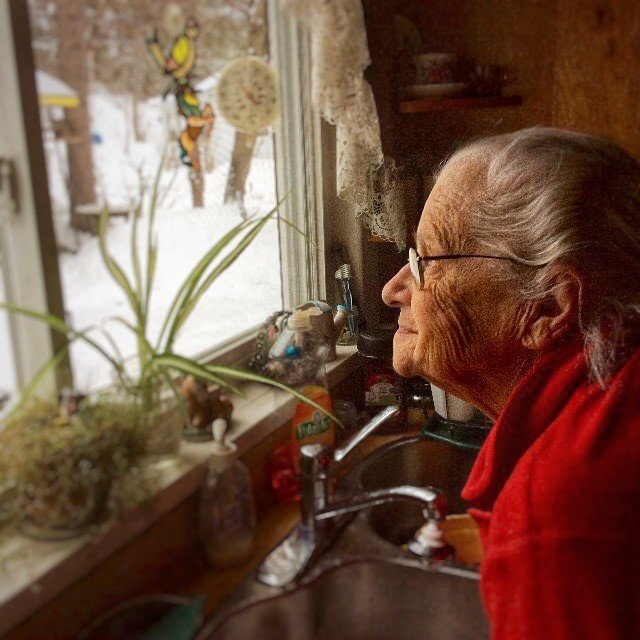 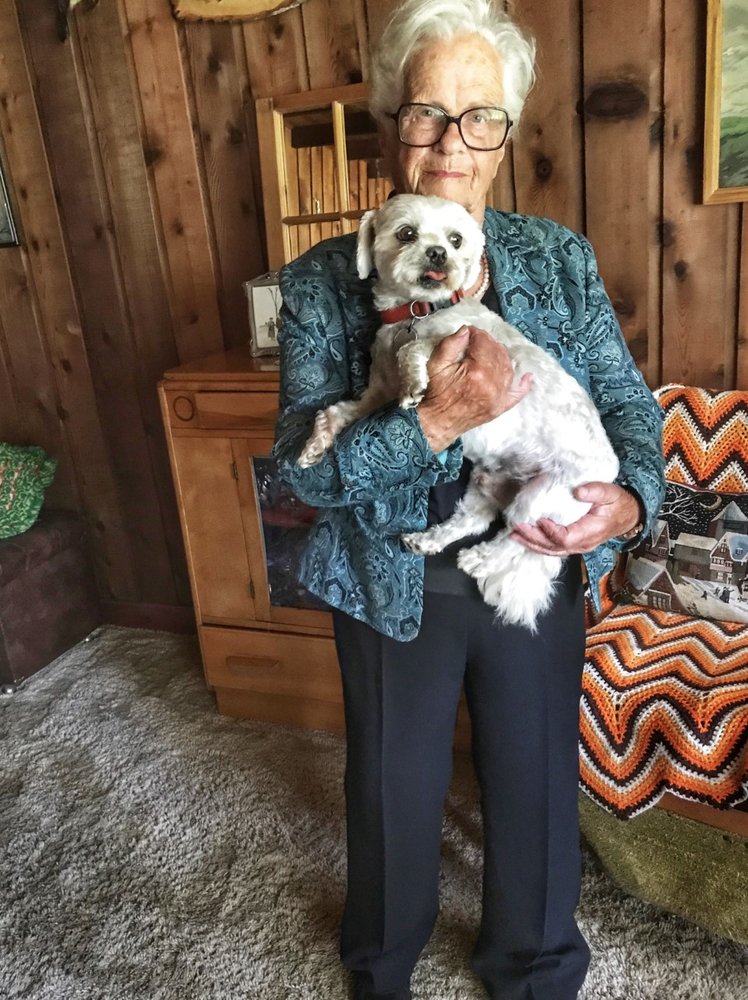 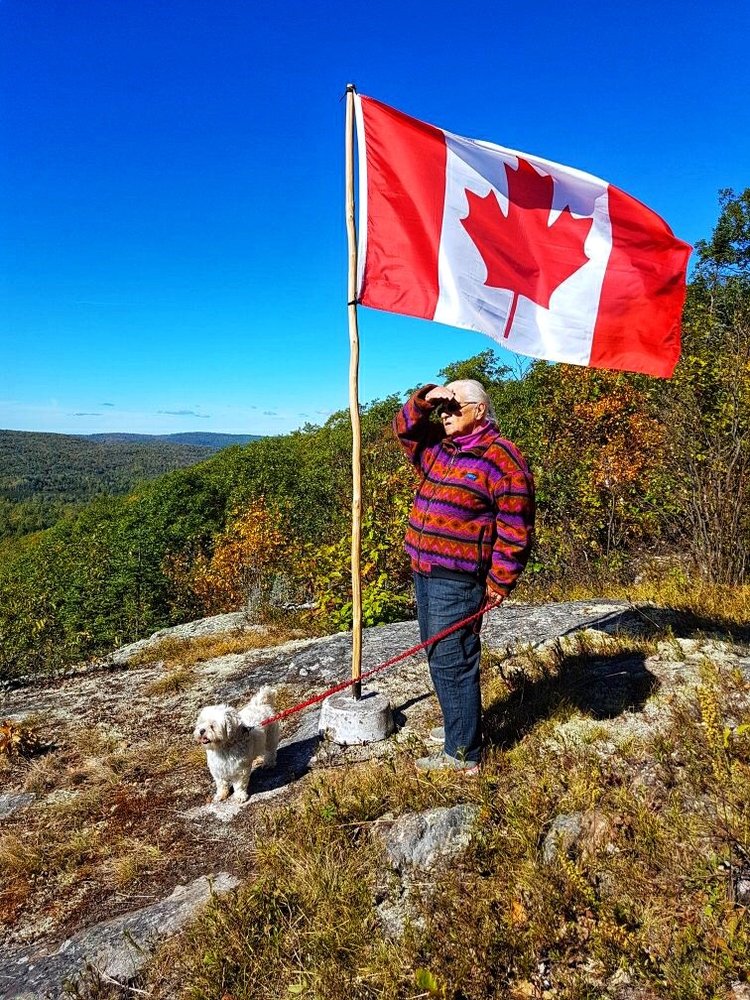 Following a sudden illness, Shirley passed away on Canada Day shortly after the fireworks, which were on view from her hospital room in Shawville. She drew her last breath with loving family members at her side. God bless her. She was a brave and beautiful soul. A true Warrior.

Shirley was born on March 29, 1931, at her grandparents’ farm near Sheenboro to the lively sound of fiddle music resonating from her Uncle Robert’s (Gagnon) bow. She was a lovely beautiful baby, all five pounds of her. As the saying goes, good things come in small packages. And truer words could not be said as Shirley grew into a smart, kind and bravely independent woman.

Shirley met the love of her life, Peter, at Johnston’s General Store in Otter Lake. Together, they built a life on the edge of the Pontiac wilderness, creating a beautiful, welcoming home and raising nine children. They shared many good times, some hard ones and many more happy ones. The stuff that a life fully lived is made of.

Shirley stood out from the crowd. As anyone who met her and truly spent time with her knew, hers was an indomitable spirit. She was a dedicated daughter, mother, grandmother and great grandmother, friend and wife, who always put others first. Honest, smart and mentally agile, Shirley fearlessly stood up for the dignity of others and would fight the good fight for what was right; core values that she passed on to her children and grandchildren.

Shirley had many interests: an avid gardener, due to her farming and pioneer roots in the Polish Hills; a voracious reader of everything; fiddle music; painting; current affairs and social justice; nature walks, wild life and cross-country skiing; community service; and spirituality. Education and self-improvement were always important. A particularly proud moment was when Shirley finally got the chance to complete her high school education at the young age of 72, graduating with her granddaughter Elizabeth.

Shirley was always quick to say hello and share a story or two. On any given day, she could be seen sitting on her front porch with her faithful dog, greeting passers-by with a warm smile and a wave of the hand. A sight that many on the Picanoc Road will sorely miss.

Shirley was a beautiful soul. She gave of herself freely and openly. May heaven’s gate welcome her with love.

A special thank you to Dr. Peter Talko and the wonderful staff at Shawville Hospital who made Shirley’s last days restful ones.

Share Your Memory of
Shirley
Upload Your Memory View All Memories
Be the first to upload a memory!