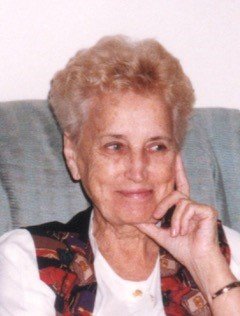 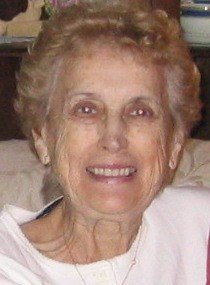 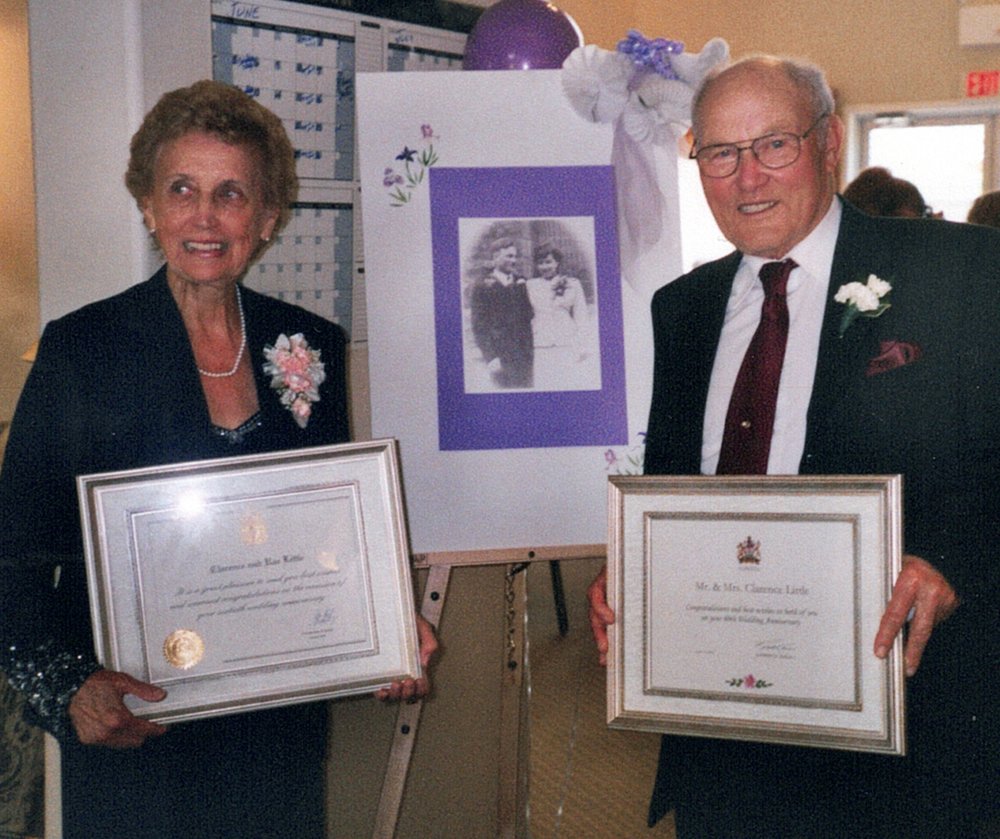 It is with great sadness that we announce the passing of Rae Emma Little at the Red Deer Regional Hospital Centre, Red Deer, Alberta on Tuesday, October 9, 2018 at the age of 93 years. Rae was born in Shawville, Quebec on August 26, 1925. After graduating from Shawville High School, she taught school in Silver Creek, Ontario. In December 1943, she enlisted with the Royal Canadian Air Force as a clerk and accountant. Upon discharge in February 1945, Rae returned to Shawville, where she dated, and married, a young soldier named Clarence. Together, they farmed for forty years, with the help of their seven children, who loved growing up on the farm and each one has many happy memories. In 1975, Rae and Clarence sold their farm and moved to Fort McMurray, Alberta. There Rae worked at Alberta Motor Products and later Keyano College, until Clarence retired in 1985. They became snowbirds, spending winters in Port Charlotte, Florida, and summers in Fort McMurray. In 2004, they moved to Red Deer, Alberta. Mom was always busy; quilting, crocheting, sewing and knitting. Her specialties being socks, toques, afghans and wraps. Fiercely independent, she lived in her own home until the end. She lived life to the fullest. Rae will be deeply mourned by her children, Suzanne (Bob), Jane, Connie (Paul), Molly, Bob (Tuin), Nancy (Bob) and Richard (Lana). She will also be fondly remembered by her grandchildren, Annette (Scotty), Tammy (Barry), Rob (Jenny), Kelley (John), Kristy (Brian), Kathy (Scott), Greg (Kristine), Jennifer, Craig, James (Andrea), Angela, Katie (Mark), Jesse, Sarah, Tracy, Jason, Brett (Denise) and Morgan (Riley). Rae was treasured by her great grandchildren, Paige, Faith, Deana, Teyah, Ella, Maggie, William, Callum, Sammy, Kenadee, Tira, Mia, Winston, Cordelia and Gyanda, sisters, Isobel (Gerald), Norma (Grant), sisters in law Grace and Loretta, brother in law Doug (June), and her dear friend Phyllis. Rae was predeceased by her husband, Clarence, parents, Irwin and Ethel, brothers Allan and Lyall and sister Betty. A Celebration of Life was held on Saturday, October 20, 2018 in Red Deer, Alberta.  The family is bringing their parents home for a committal service at Austin United Cemetery, Sand Bay, Quebec on Saturday, August 17, 2019 at 11 a.m.  Family and friends are invited to gather at the Anglican Church Hall, Shawville, Quebec at 12:30 p.m. for refreshments and to share a time of stories and memories of Clarence and Rae.

Share Your Memory of
Rae
Upload Your Memory View All Memories
Be the first to upload a memory!